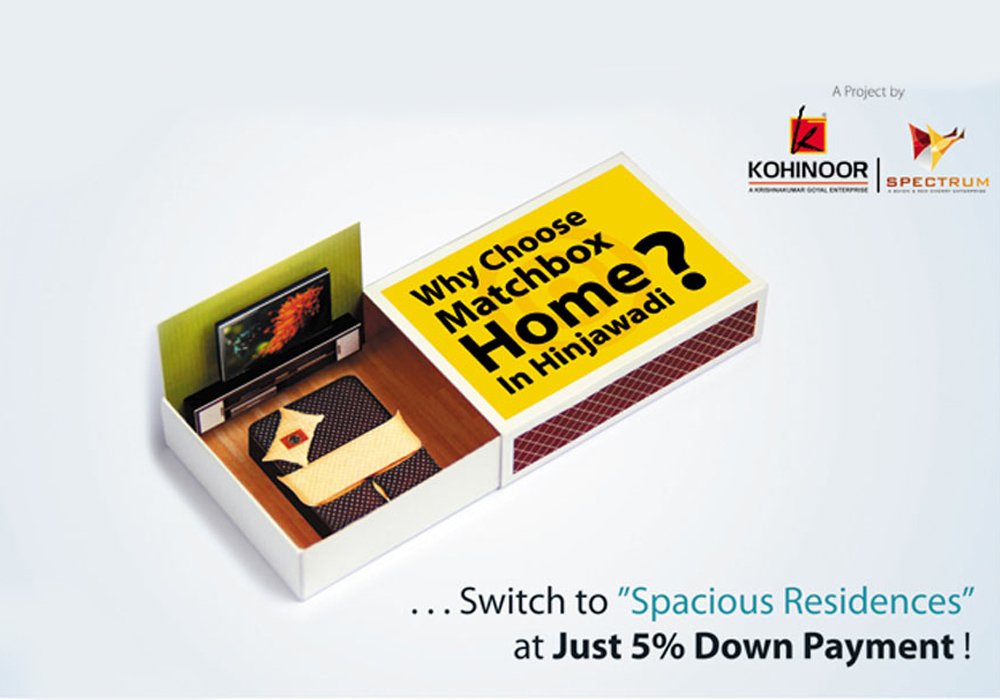 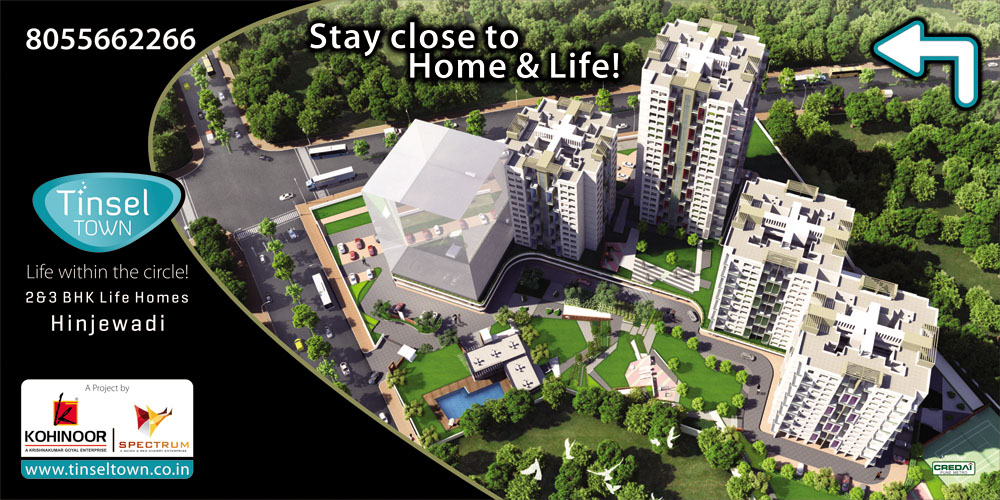 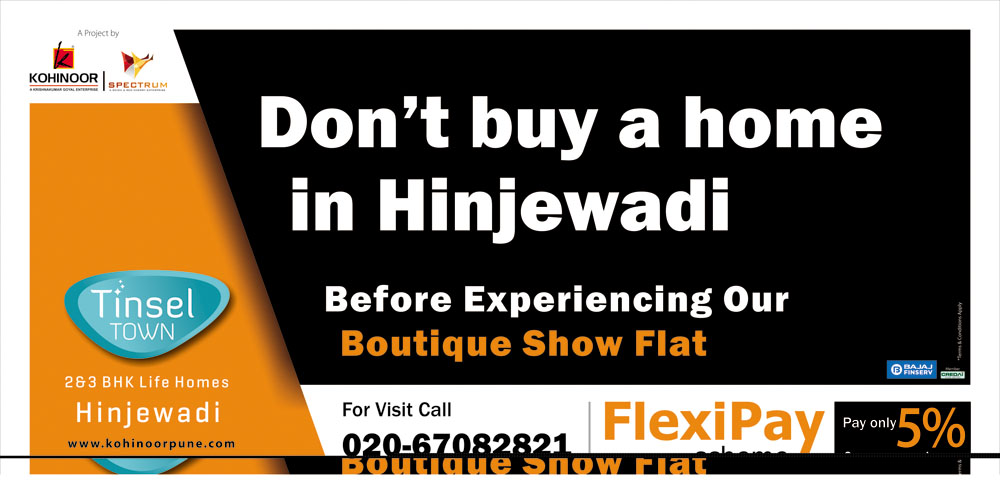 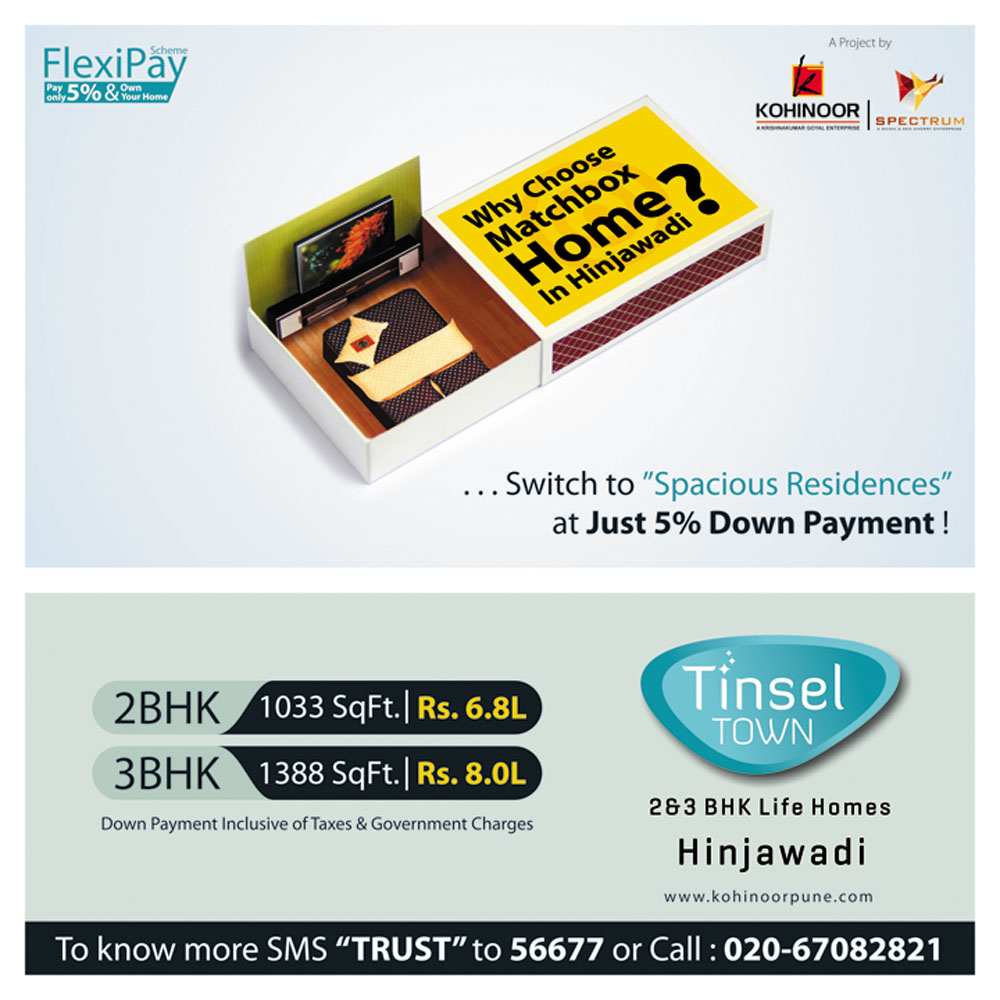 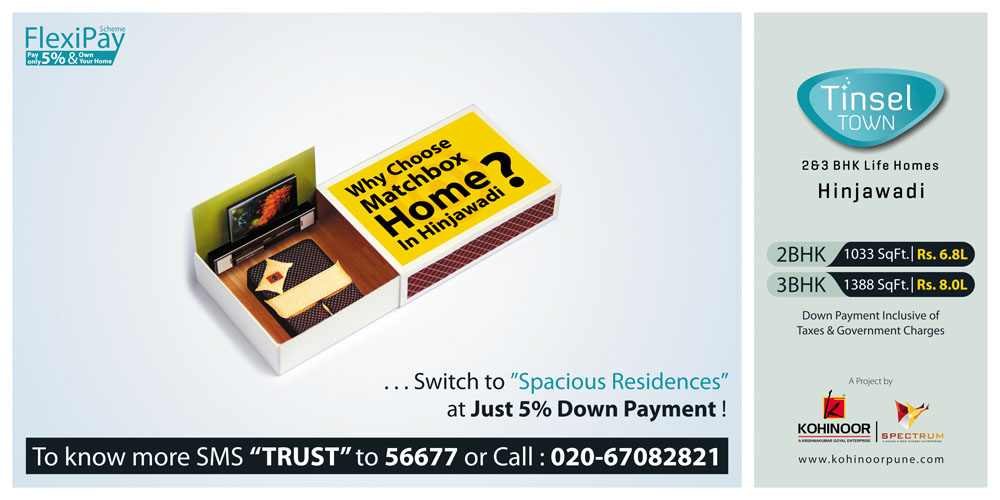 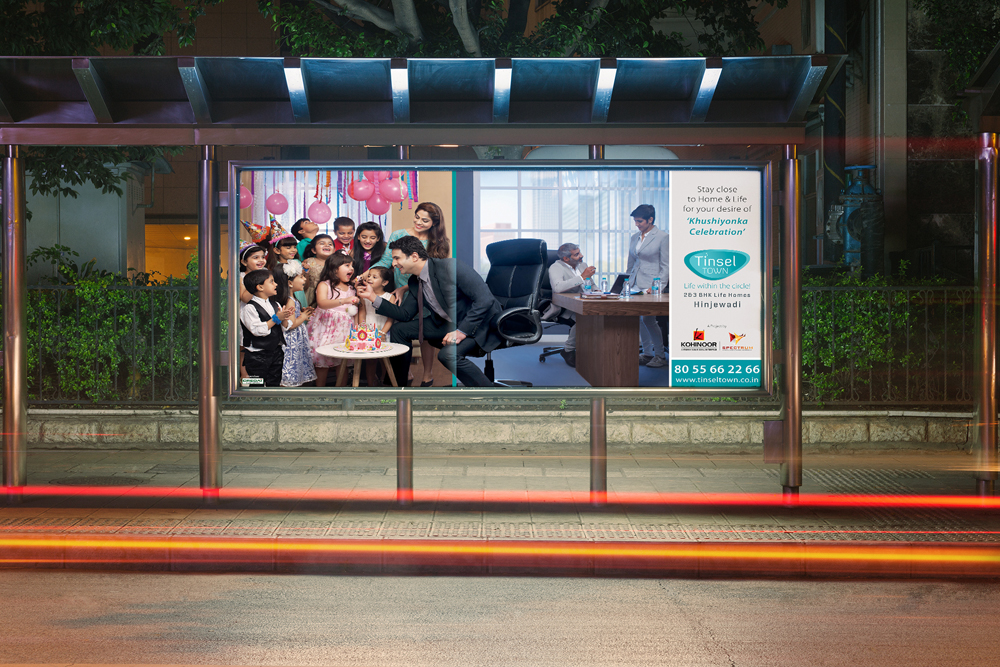 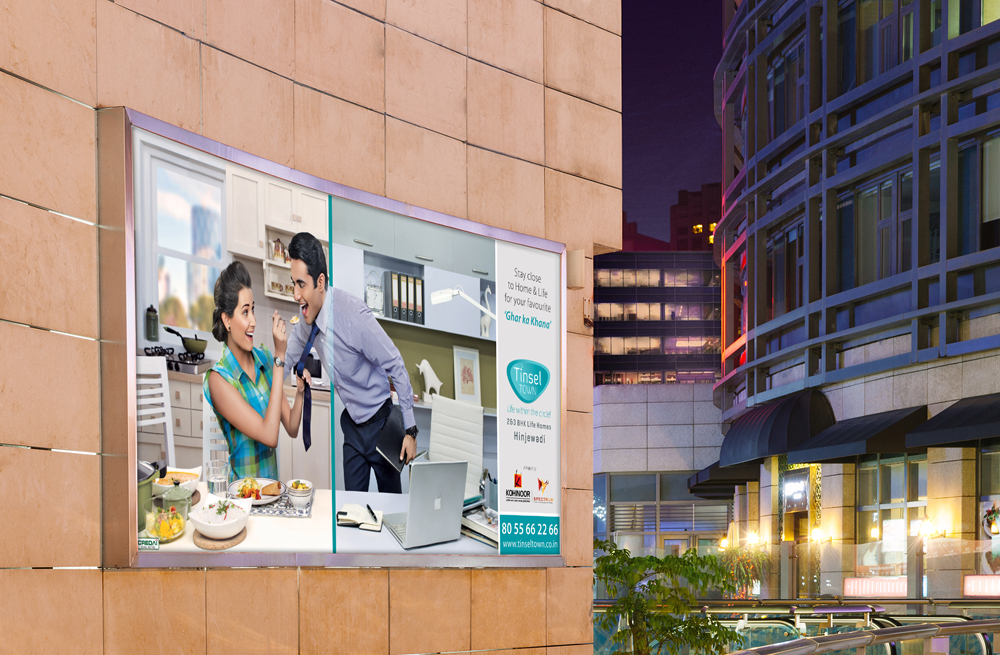 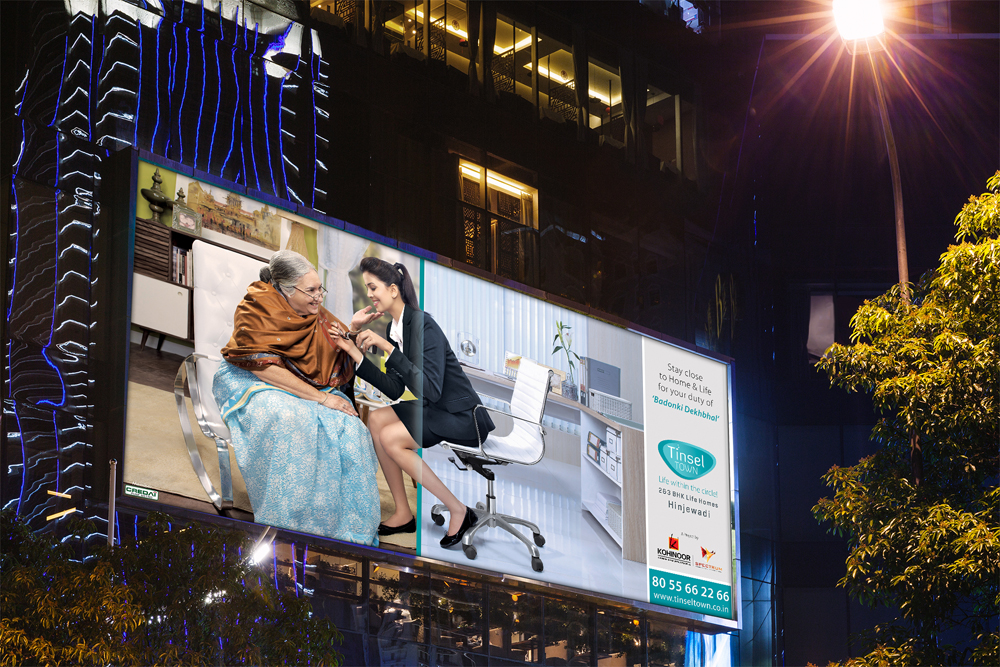 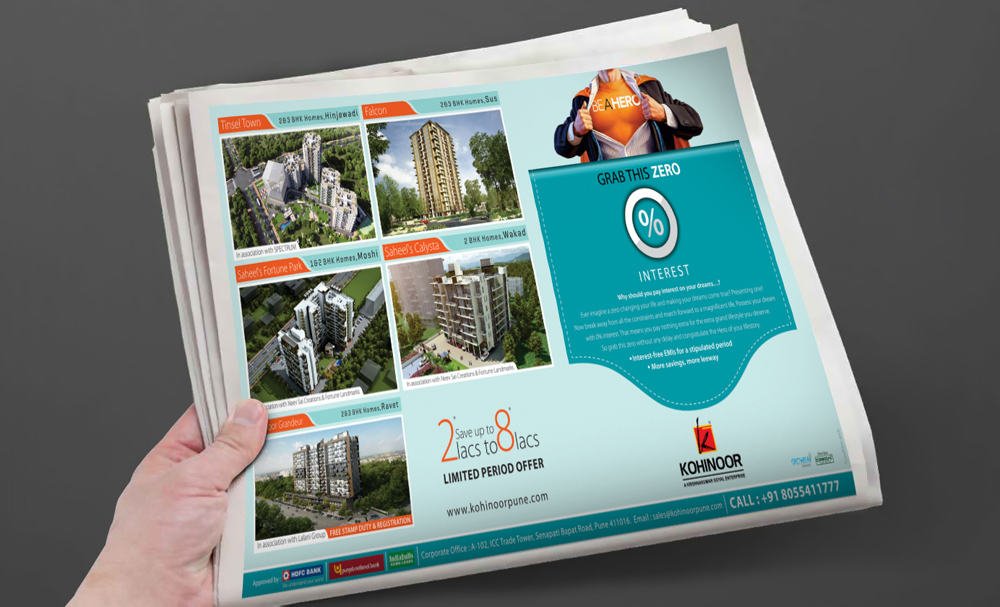 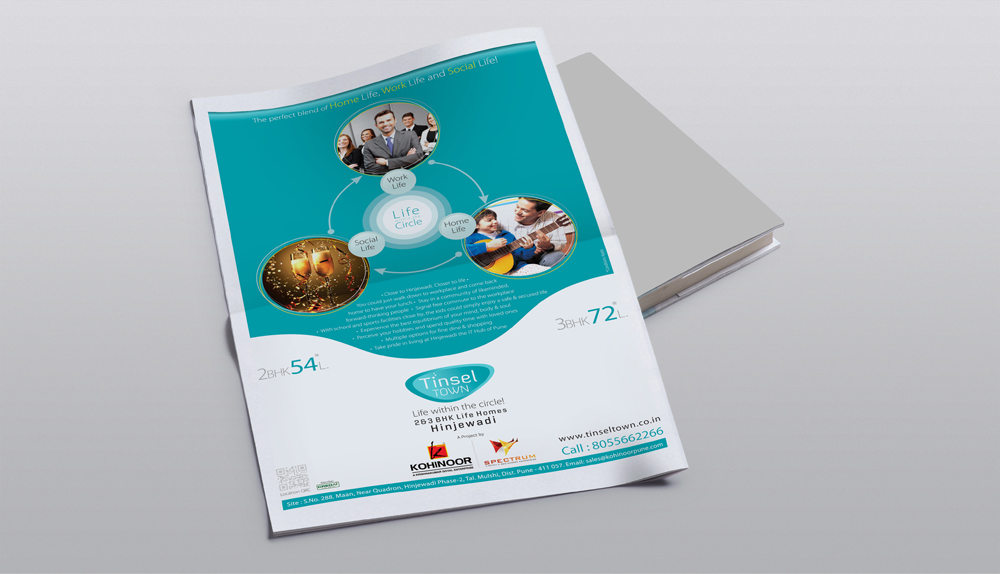 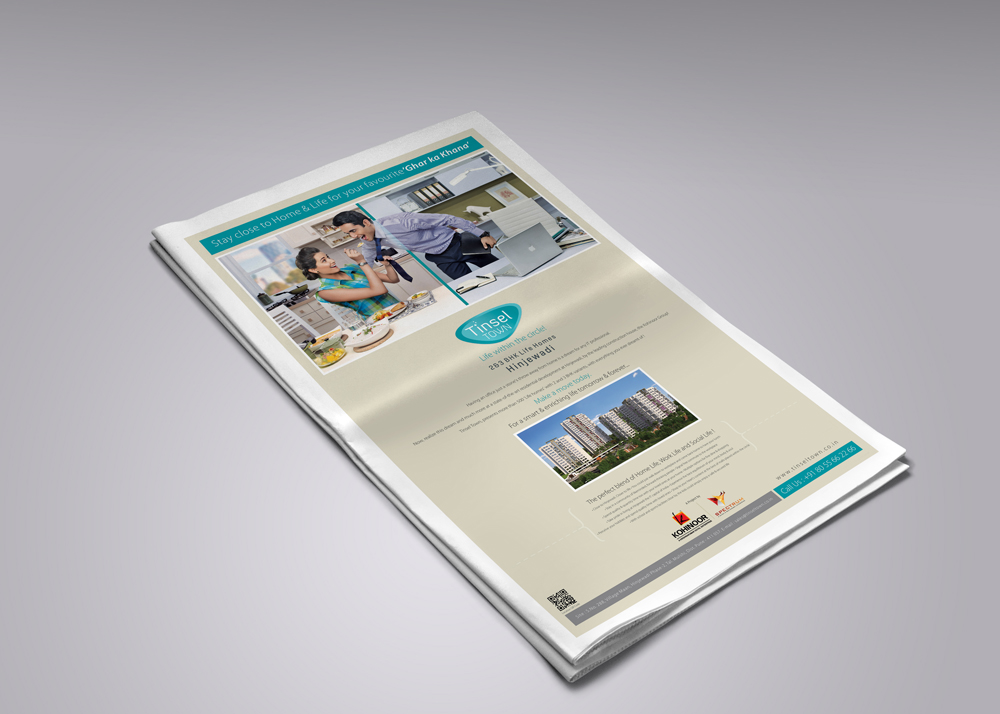 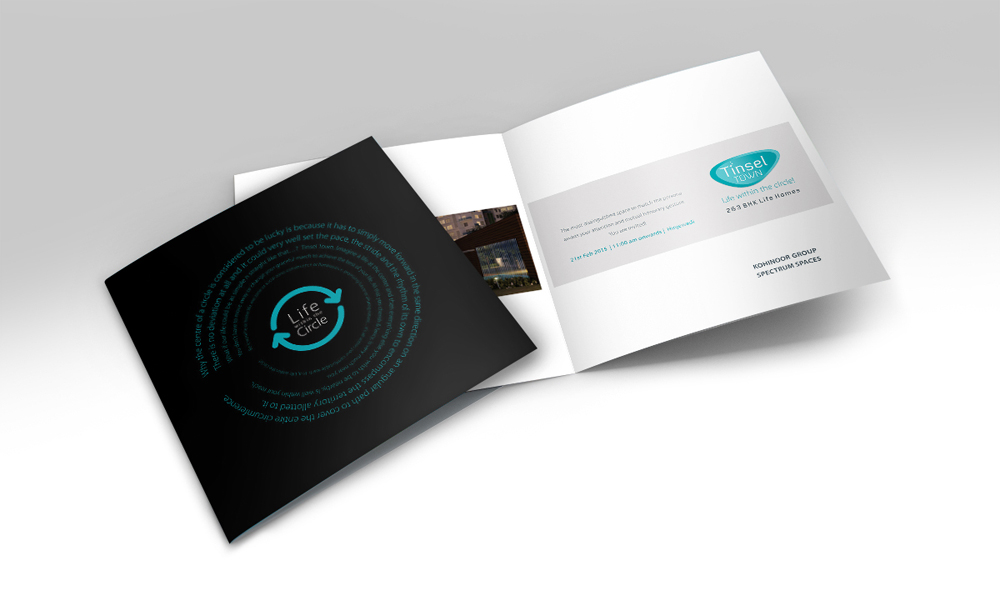 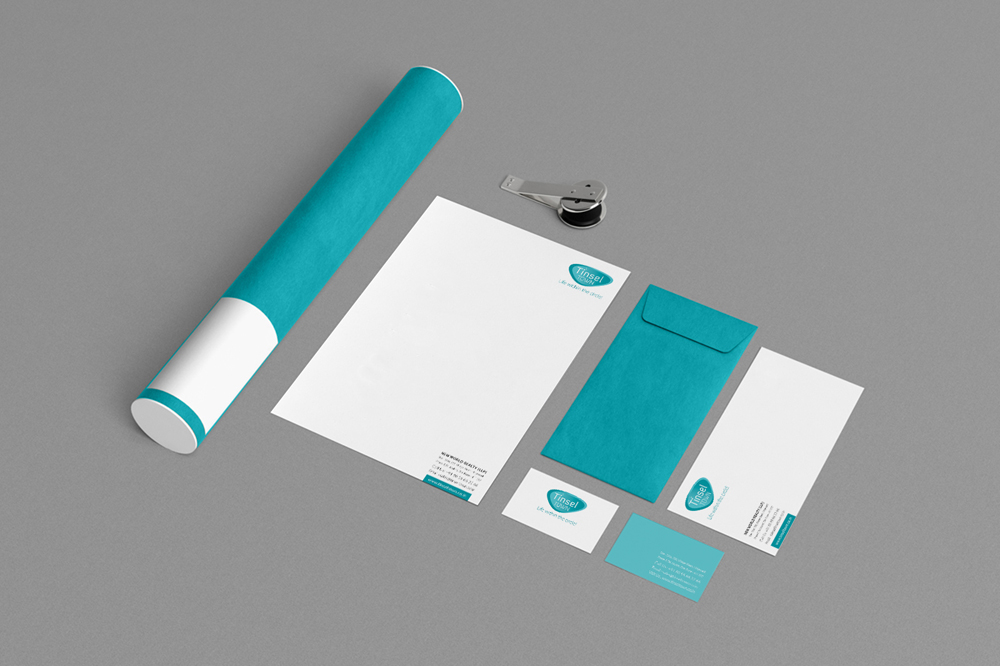 TINSEL TOWN
Tinsel town – Life within a circle, is a project incepted by the four decade old Kohinoor Group, who is also responsible for the successful completion and path breaking creations in the PCMC region. To strengthen matters further, Kohinoor Group have also set up various projects in the prime areas of Pune city that are now become benchmarks, due to the stringent quality standards the company has been following since the very beginning.

Working with a construction group that are clearly inspired by innovations, we were excited to join forces with them and help them execute their marketing collaterals without hesitation. During our internal team meeting, we were able to chalk out how the logo design should look and what it should signify. Apart from that, we were able to discuss and decide the various means of marketing that would be effective for the project.

Since Tinsel Town has a bunch of amenities and are termed as “Life Homes”, we thought of using a rich, electric shade of blue in their logo while maintaining a very modern font for the main title. We added up a few stars in the main logo which gave it a further classy look and presented the design to the client who were impressed immediately. Once the logo was approved, we went ahead with the marketing collaterals that were initially discussed with Kohinoor Group.

After the logo was finalised, we used the electric blue in all the marketing means and we successfully executed the advertisements on ad, road and bus hoardings. This allowed Tinsel Town to generate massive impressions, and further additions in the form of half page and full page newspaper ads were extremely effective. Moreover, we successfully designed sleek and classy brochures and stationery that were met with a great reception.