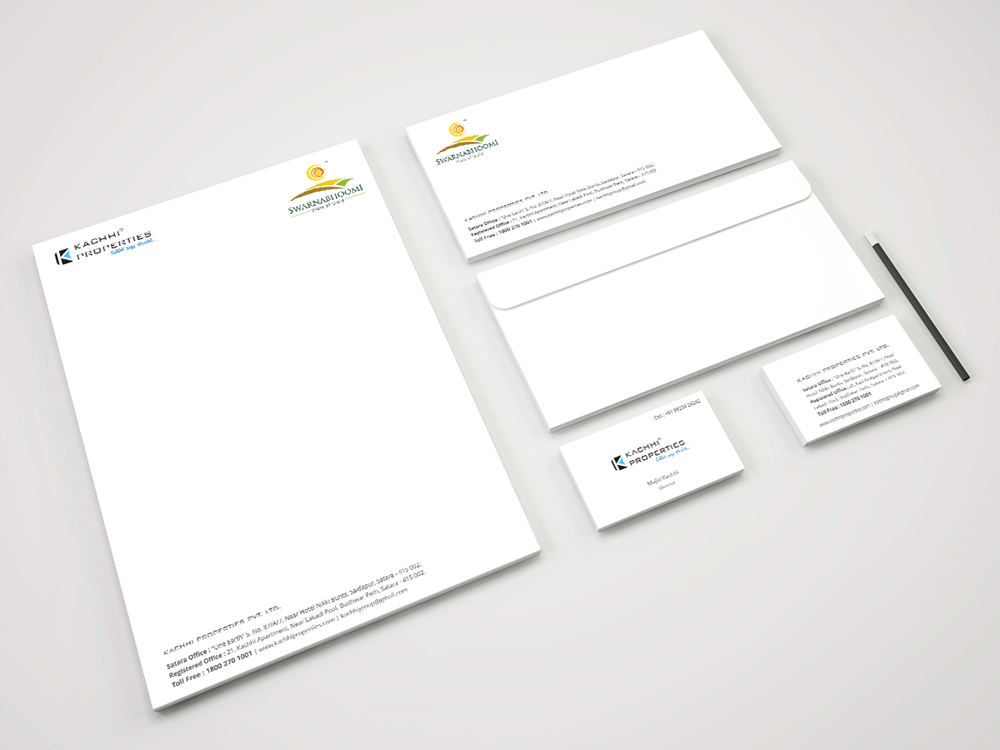 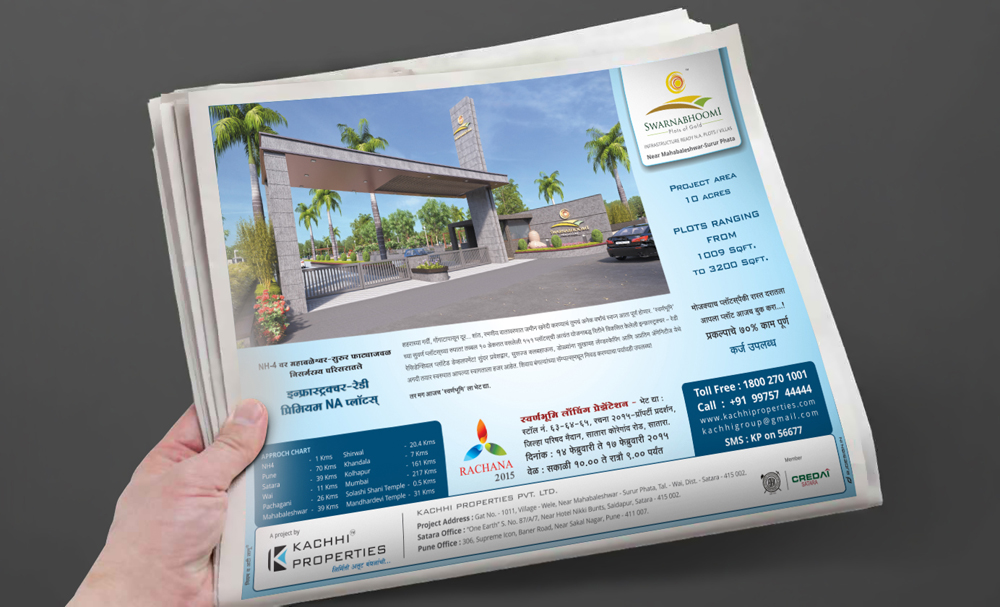 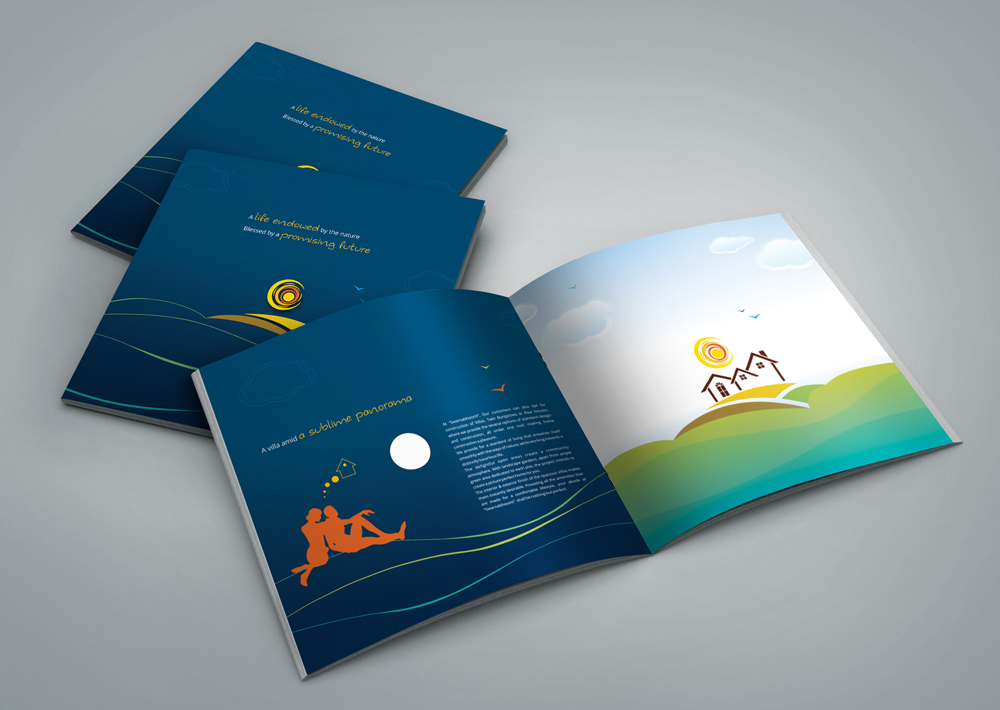 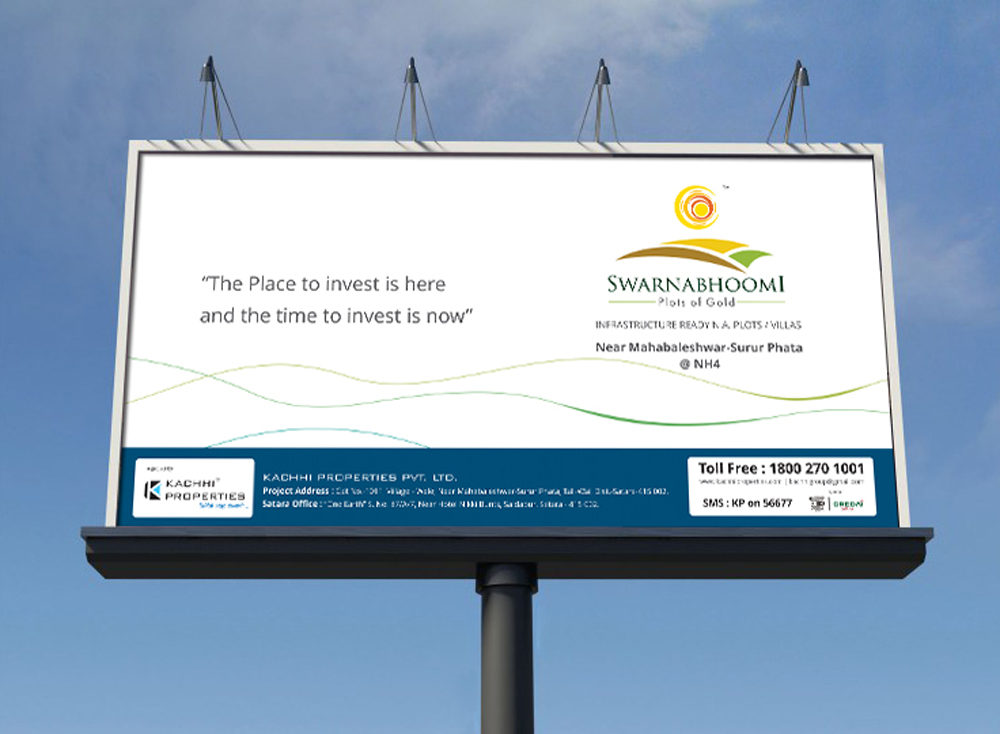 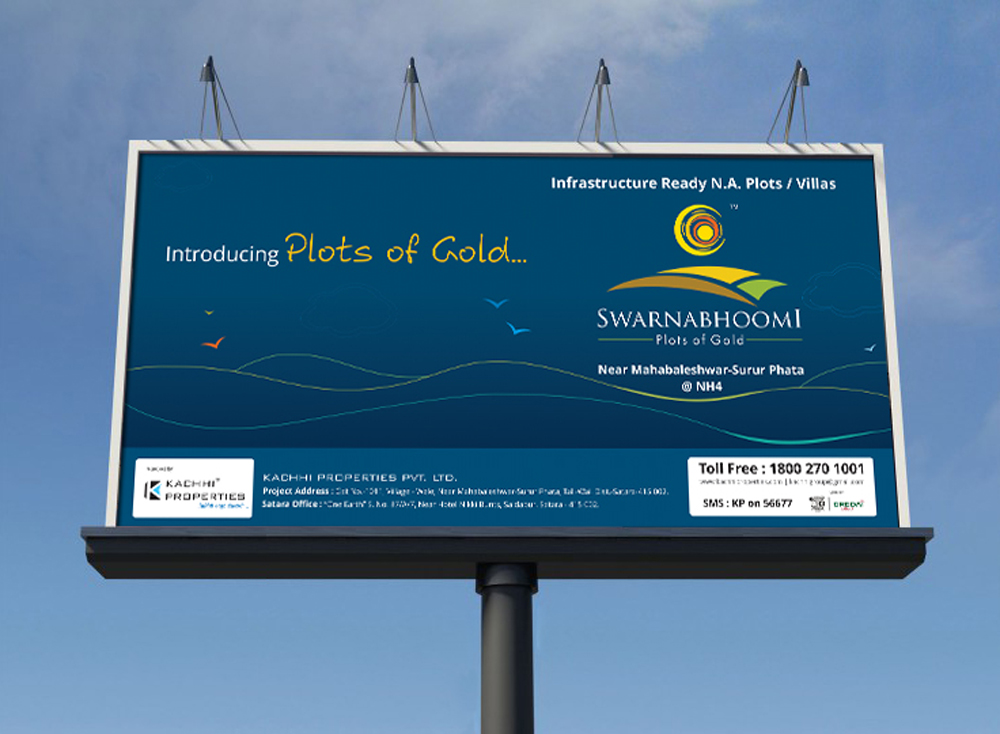 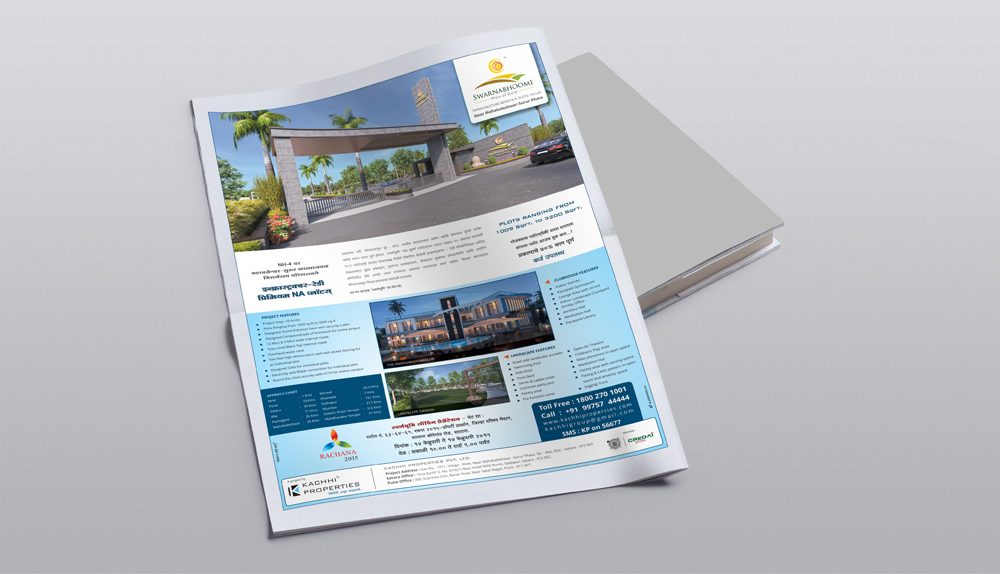 SWARNABHOOMI
Initiated by the most renowned real estate group in Satara and the group that has been pioneering the city’s growth since 1994, Kacchi Properties erected the Swarnabhoomi project near Mahabaleshwar. The Swarnabhoomi project has been offering plots of land that are serene, tucked away from the city’s chaos and which are connected excellently with the NH4. The plots are based on the foothills of natural and scenic mountain ranges of Solashi ghat amidst pristine lush greenery.

Since the Swarnabhoomi Project isn’t just about the ambience of this property, and since the upcoming industrial area (MIDC) is within Swarnabhoomi’s vicinity, when we were approached by Kacchi Properties with the brief, we were ecstatic and excited with what the project offers. The idea of having plots of land in open nature yet close to the industrial and commercial area, we saw the potential of Swarnabhoomi to have a boost of unimaginable appreciation.

With our ever motivated team of creative personnel, we decided to showcase the logo relevant to the description of the property. As the property is in nature and has a breathtaking view, we thought of integrating that aspect in the logo. We discussed our vision, which the client agreed with, and as soon as the idea was finalised, we drafted a logo that included an artistic sun and figures that demonstrated mountains and open green lands. We gave the logo a classic font that produced a warm and inviting feel and everything came together in no time. The client approved of the draft and we went further with our media strategies by placing ads in newspapers, designing brochures that signify the beauty of nature and by putting up attractive hoardings at most public places.