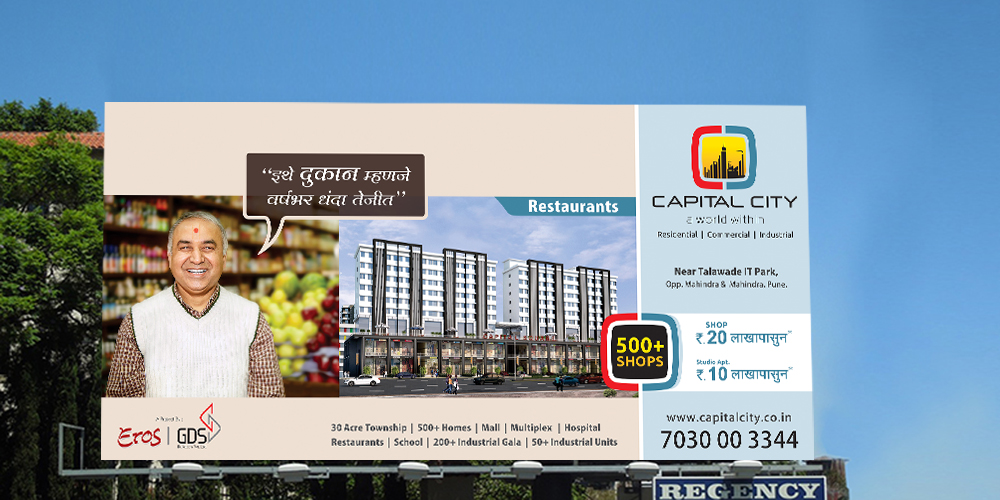 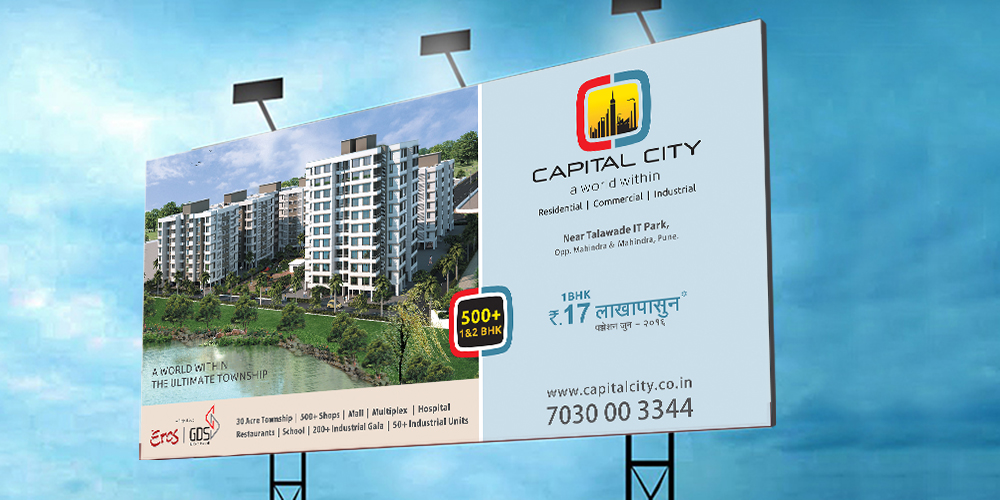 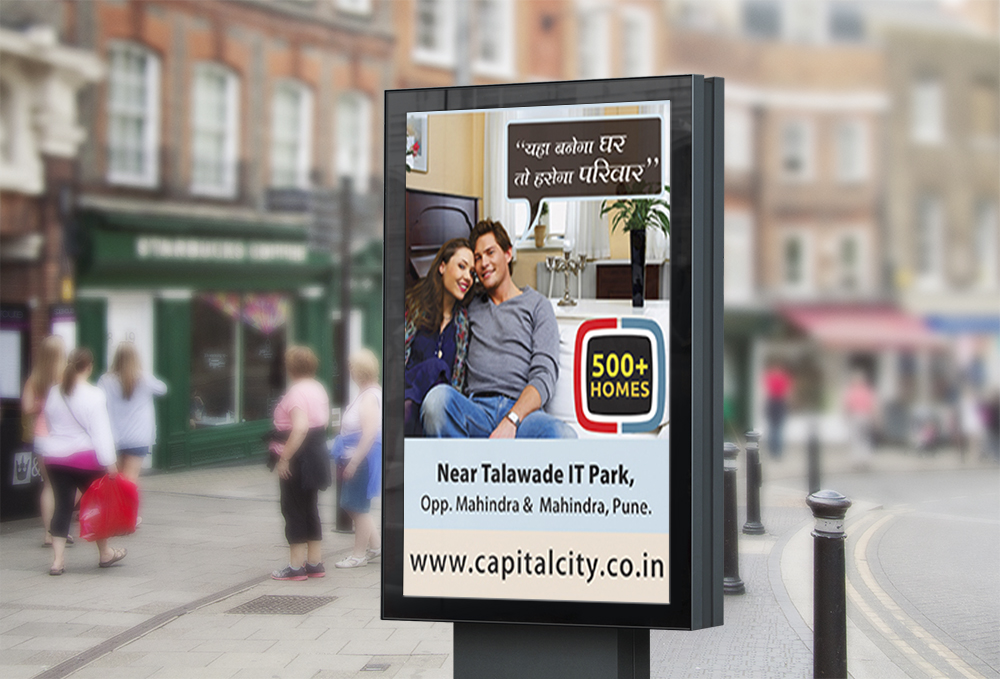 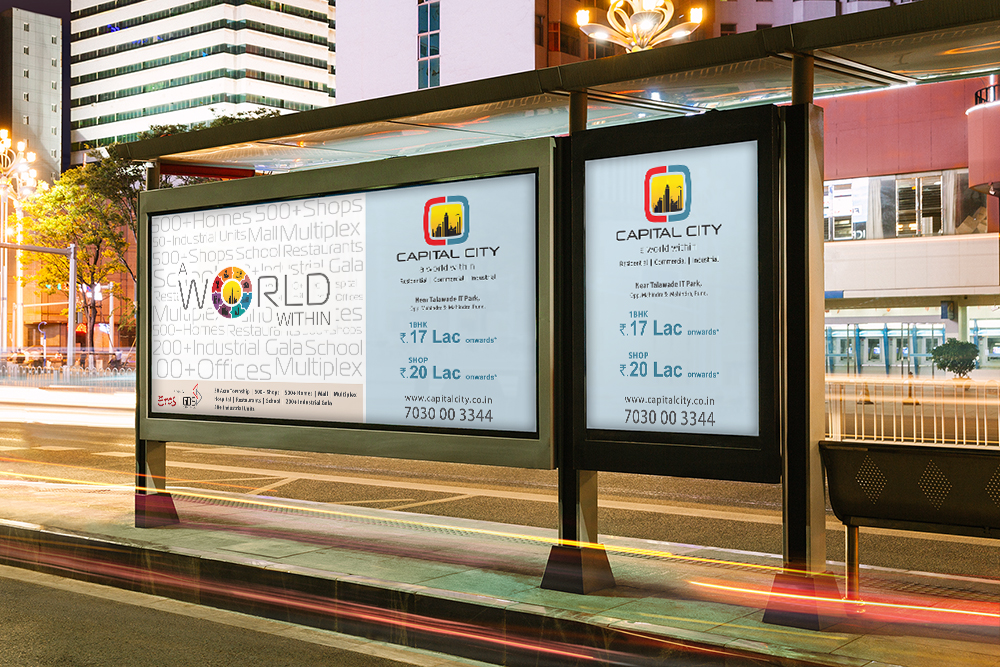 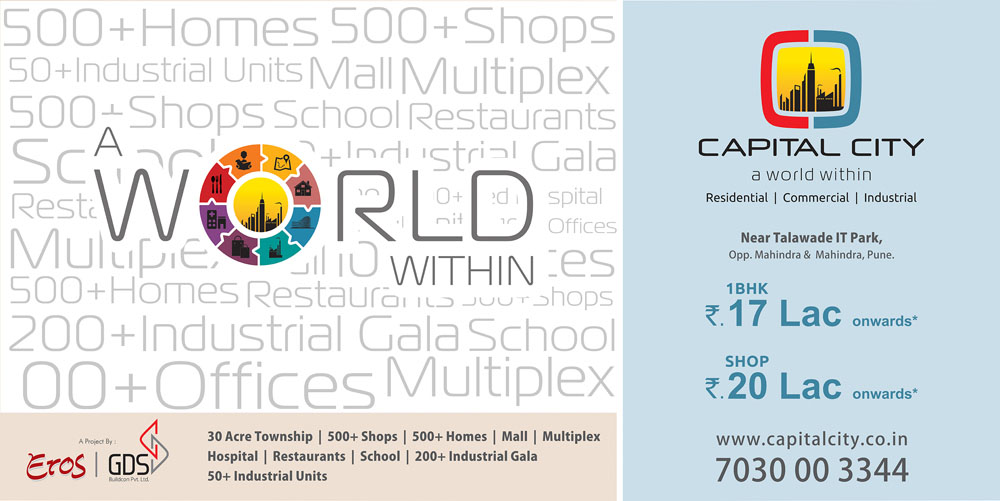 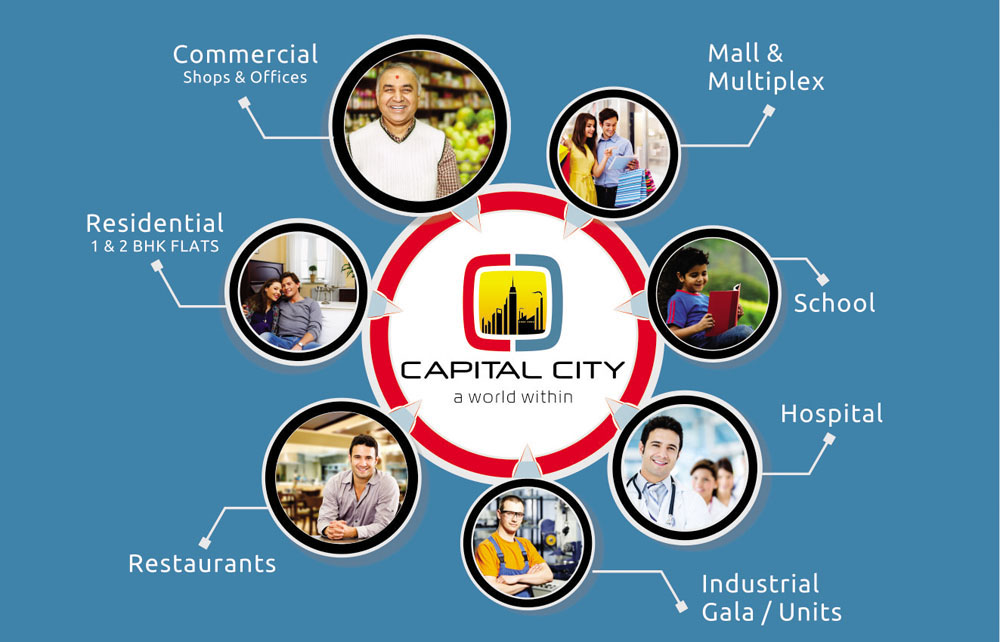 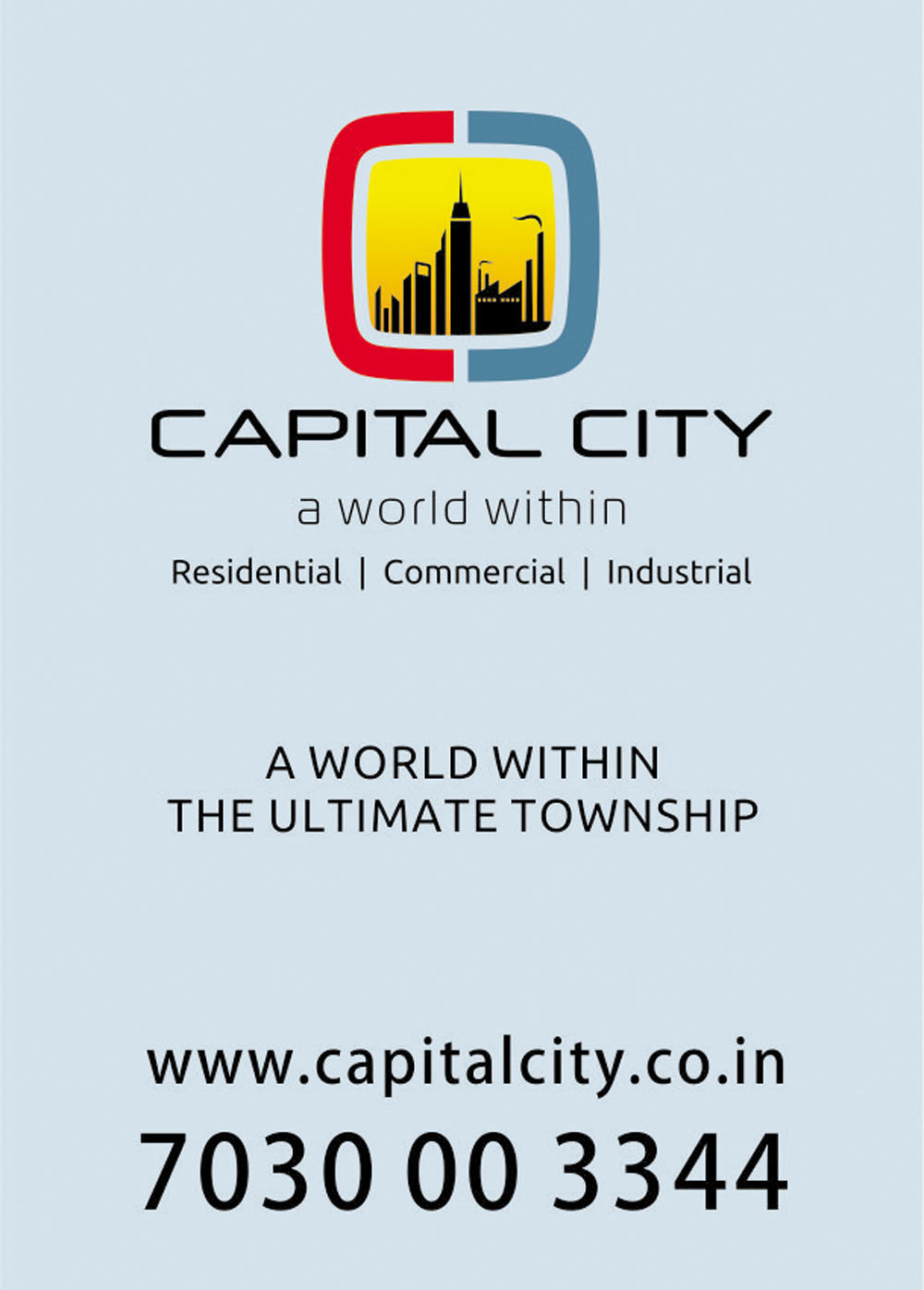 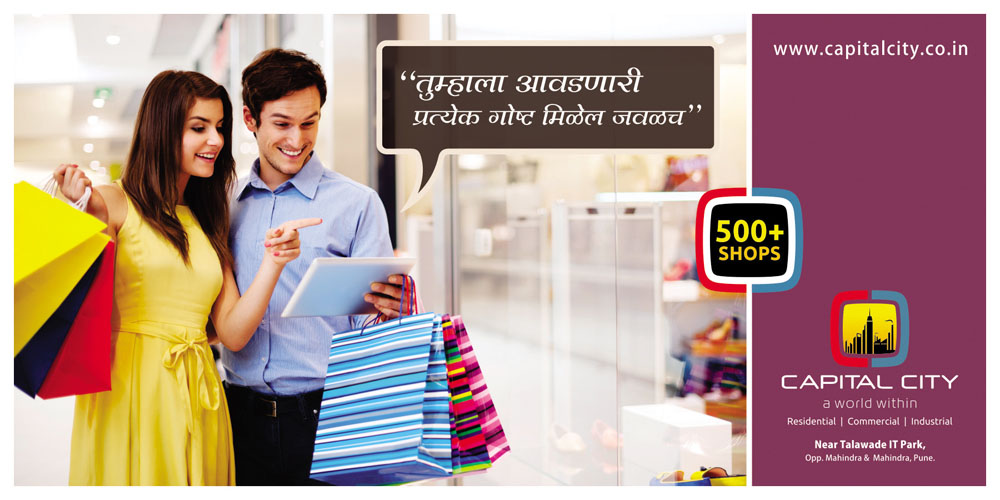 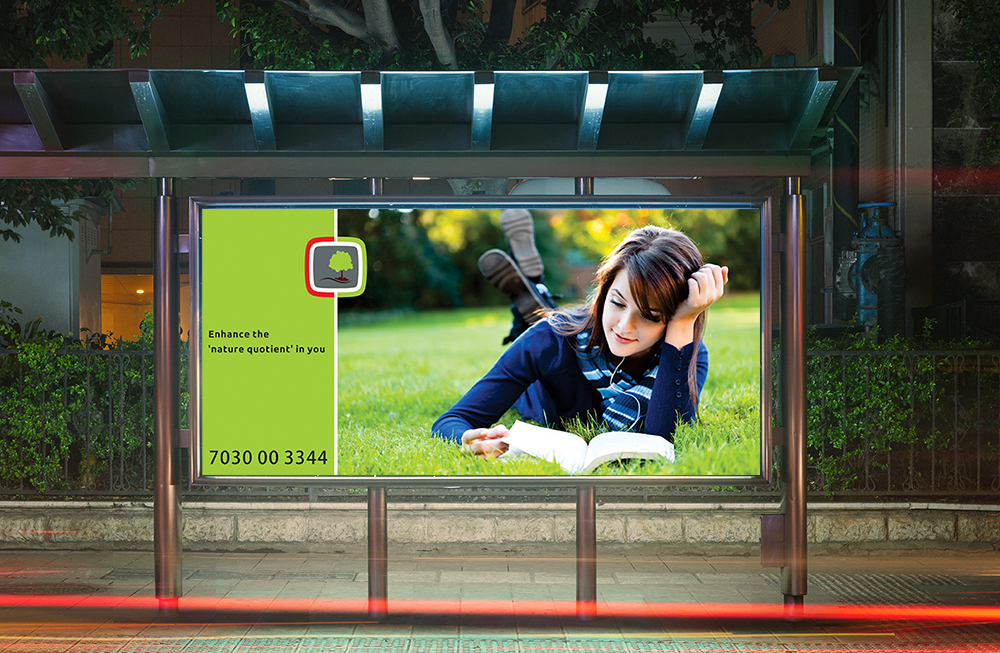 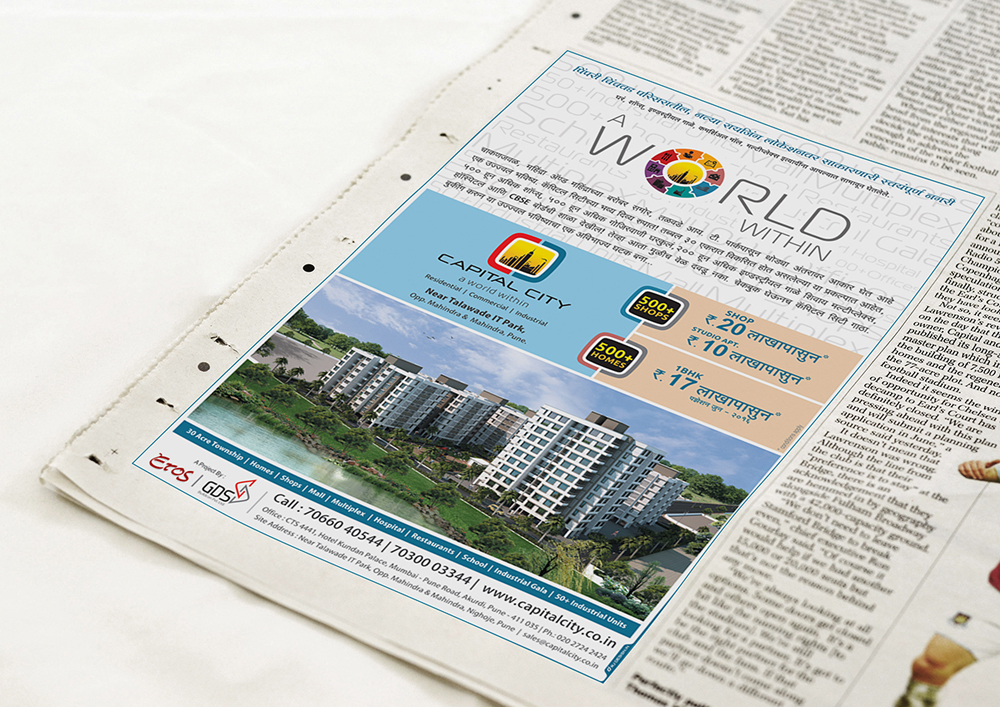 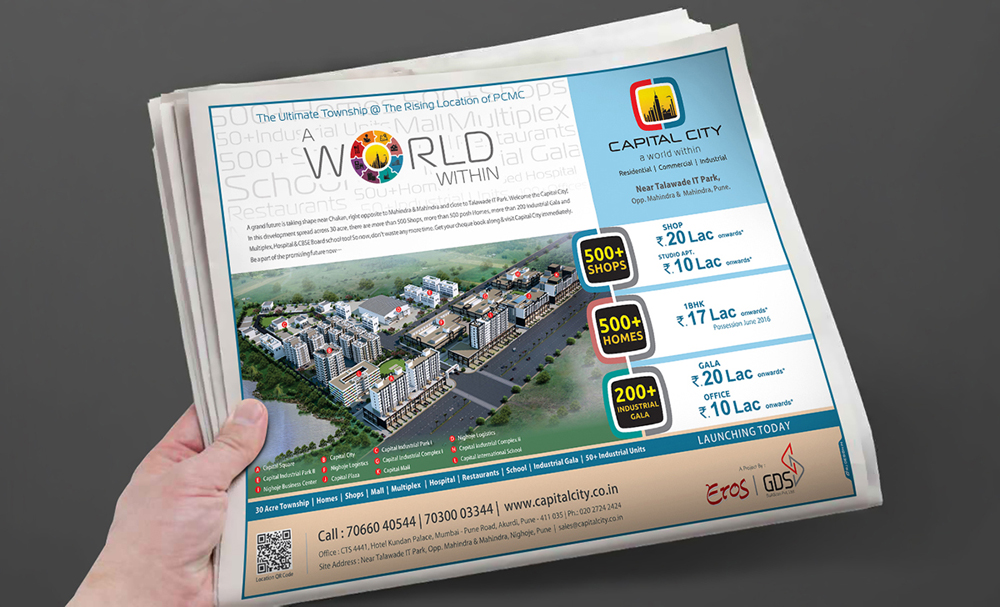 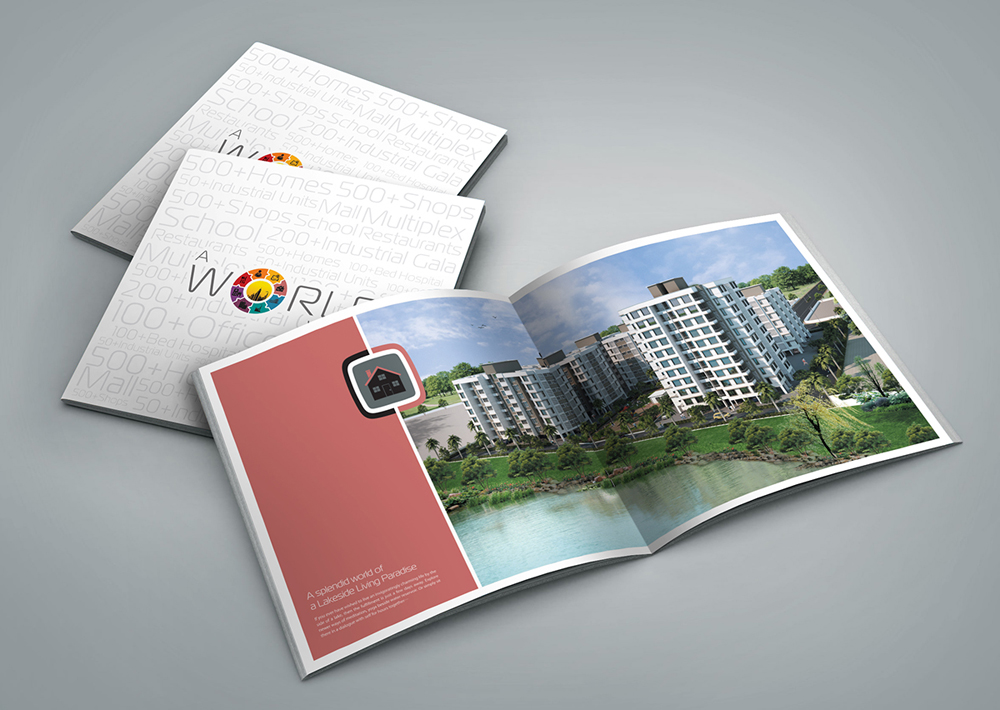 EROS CAPITAL CITY
Capital city is a magnum opus conceived by two leading real estate establishments – Eros and GDS Buildcon. Spread across a whopping 30 acre on the fastest developing growth corridor in Pune, Capital City is a paradise of good fortune and golden opportunities. Capital city is a world within a world, which offers commercial, industrial and residential spaces to the masses.

When the group approached us, we were unsure of how we would showcase one brand that can appeal to three different target groups namely, residential spaces, commercial spaces and industrial spaces. After multiple briefings, we reached to a conclusion and we presented the client with one design and one logo only which got approved right away.

The brand activation campaign was planned and executed in four steps: scheduling teaser releases, revealing the property concept, educating the audience about the project details and finally, a reminder campaign. The campaign consisted of buying major on-ground spaces in the heart of PCMC such as hoardings and bus shelters. We also used the medium of whatsapp marketing by creating and circulating a 30 second video in English and the local language.